Since 2017, BystedFFW has been collaborating with Movia to redesign and update their bus route maps across Copenhagen and Zealand. The first series of maps, back in 2018, were used for informative meetings with the citizens of Copenhagen before the opening of the new metro and bus lines called “Nyt Bynet”. Since then, the collaboration developed into an on-going redesign of maps for all municipalities in Zealand, overview maps for train stations, tourist maps and maps used for political contexts over three years. All based on the original design from 2017. 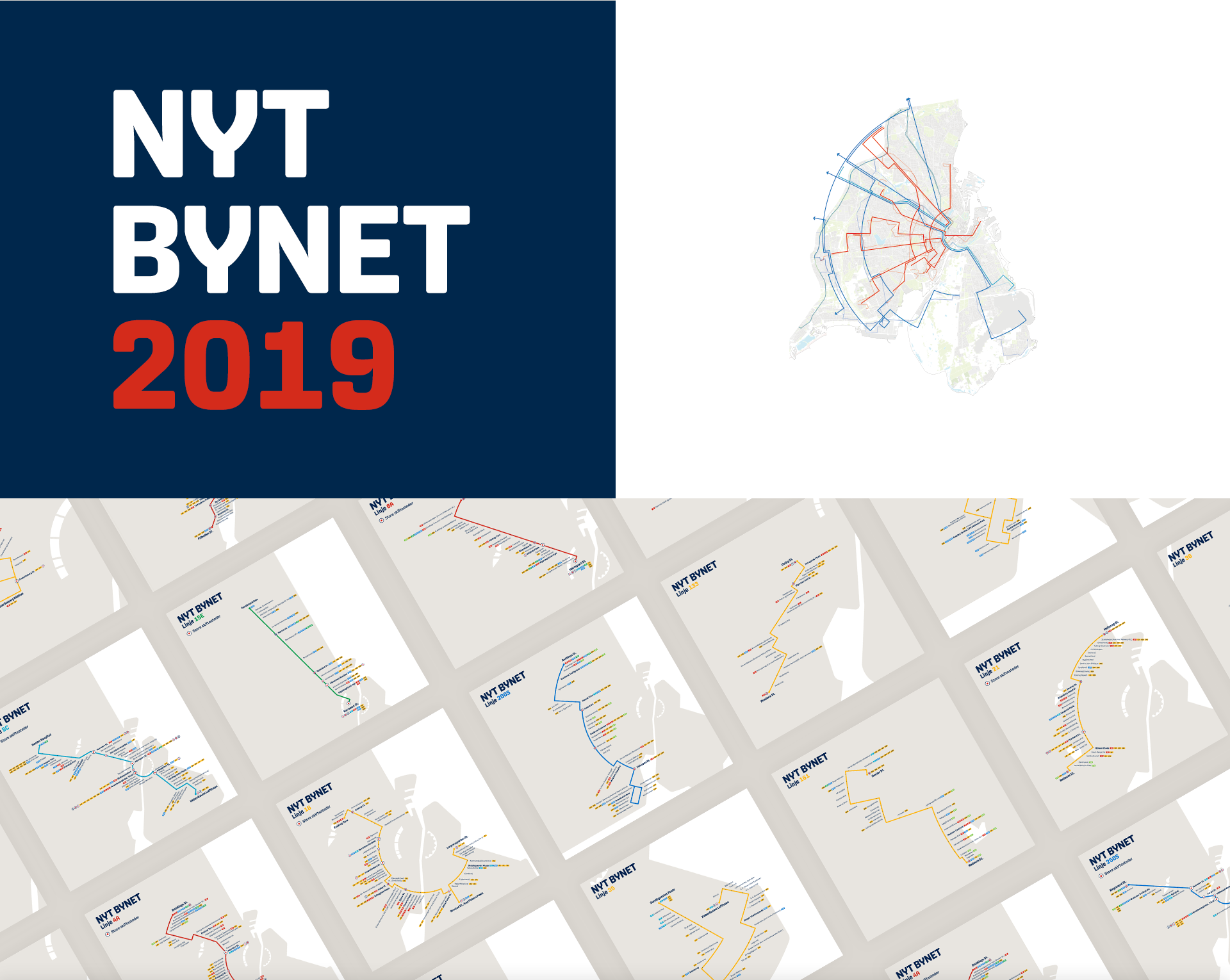 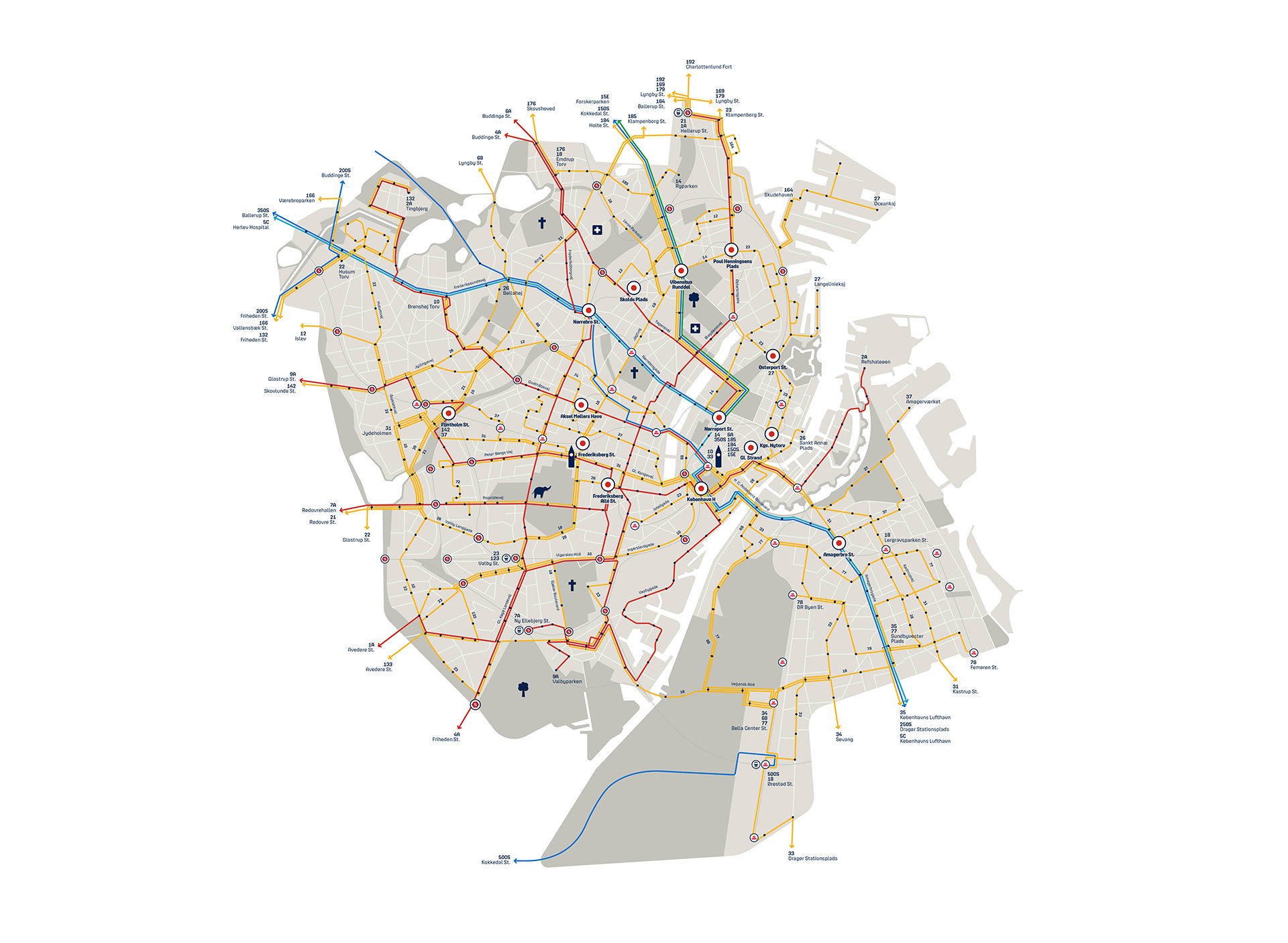 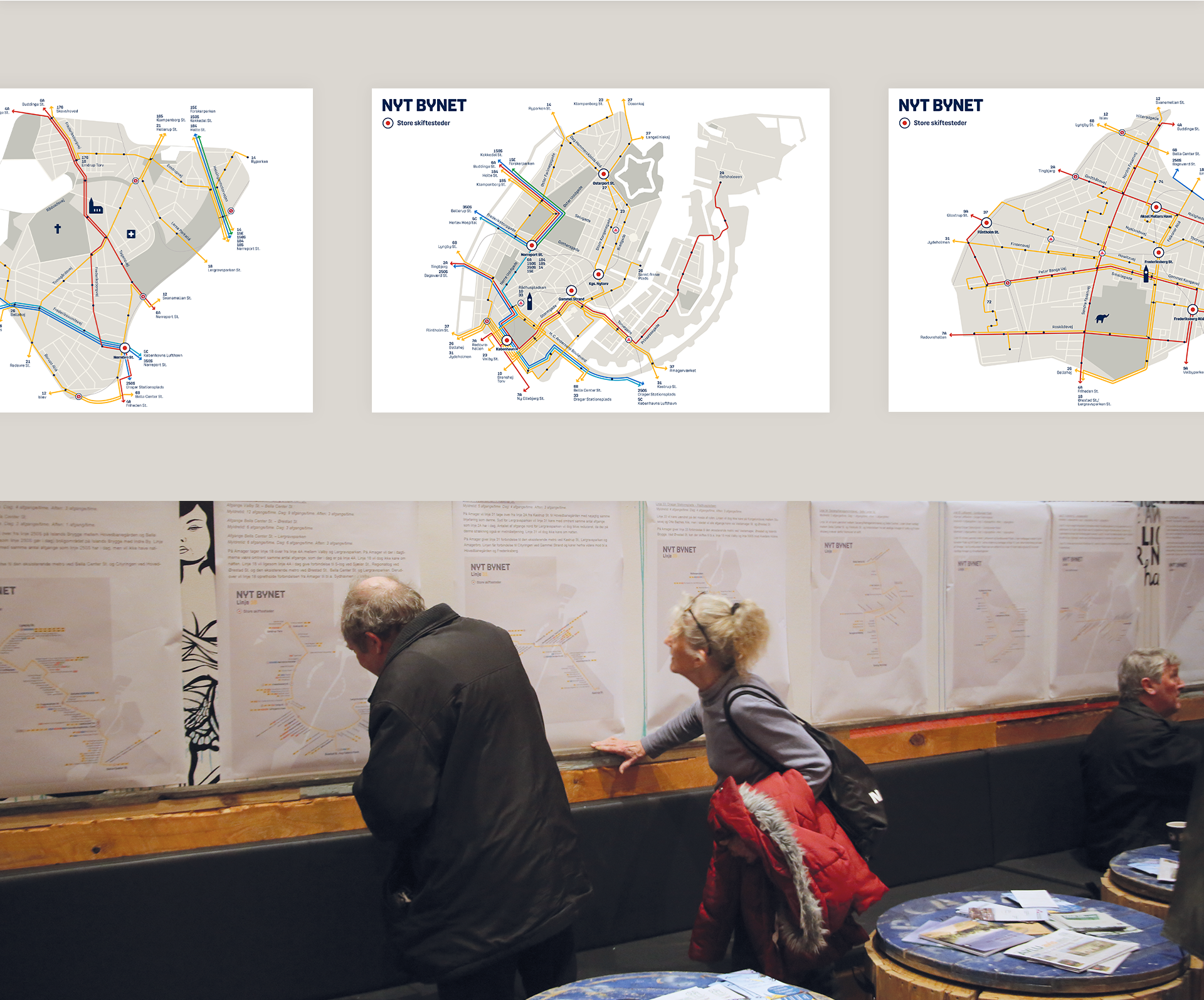