BystedFFW has produced an educational campaign about the Legionella bacteria for the Danish Housing and Planning Agency (which is under the Ministry of the Interior and Housing) with the purpose of informing specific target groups about the bacteria as there has been detected an increase of Legionella infections in Denmark. This harmful bacteria exists in water and is transmitted by inhalation of small particles and can cause serious diseases and thus the aim of the campaign was to inform and educate people about the bacteria in order to prevent infections. We started with extensive research, which allowed us to see how much information already exists, how it is communicated and who we should target. We then developed a design concept for the campaign, including a base for the website. As content we wrote several articles and FAQs, as well as created icons, illustrations and an animation. We are particularly proud of the animation, as it answers all the potential questions, which different target groups might have in an understandable and educational way. 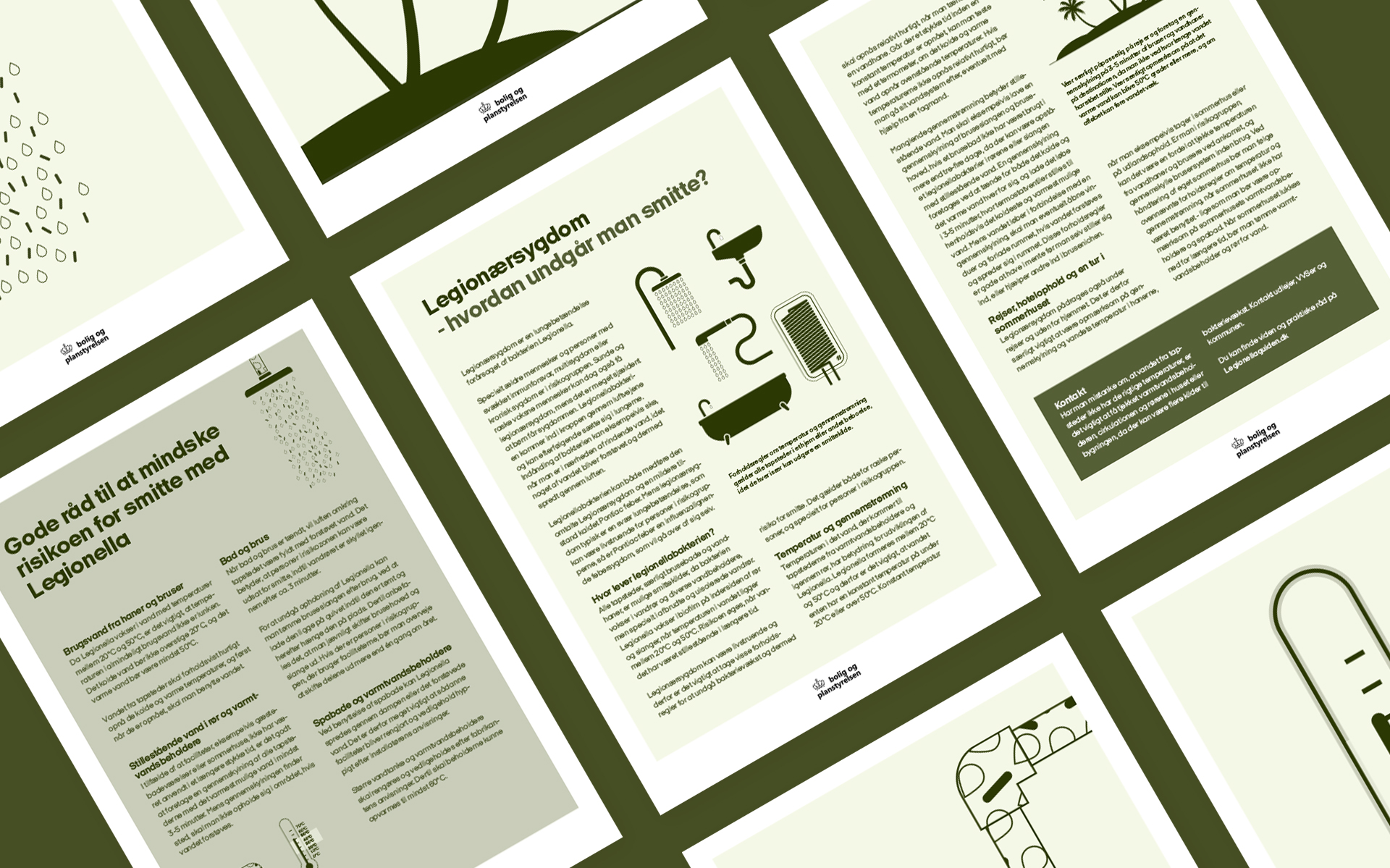